What to look for when choosing a pram 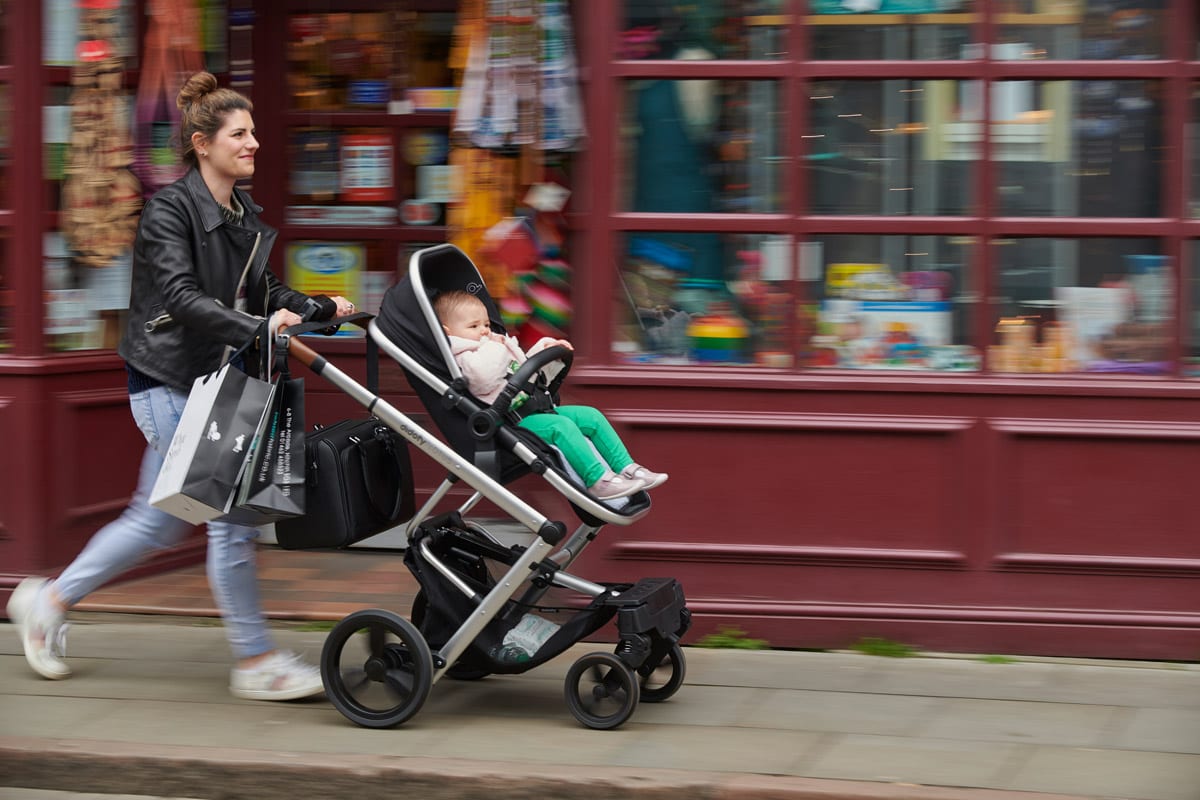 WHAT TO LOOK FOR WHEN CHOSING A PRAM

As soon as you see that little blue line appear on your pregnancy test, your mind goes into overdrive.

What will the baby be like? What will I call them? What colour eyes will they have? Will I be a good parent?

A million and one questions will scan through your mind – possibly before you’ve even flushed the loo!

Once you’ve got over the initial shock, the mind turns to more practical things. Namely, all of the ‘stuff’ you’ll need for a baby.

Top of that list is probably the pram, but what on earth are the differences between what feels like hundreds of options?!

WHAT IS A PRAM?

A pram is the traditional four-wheeled carriage for a baby.

You tend to use a pram for the first few months of a baby’s life when they are unable to sit up unaided and need most protection. Designed to carry newborns and younger babies, usually lying down, it generally doesn’t fold flat.

WHAT IS A PUSHCHAIR?

A pushchair is the next stage, and is a seat with a hood.

Typically a pushchair can used in both forward and backward directions, and reclines almost flat for younger children to nap in.

WHAT IS A TRAVEL SYSTEM?

As we tend to use cars more these days, travel system crosses the bridge between pram and pushchair.

Theoretically, a travel system can be collapsed and can accommodate a carrycot, car seat and pushchair seat to allow use from birth to toddler.

This means that a carrycot can be used early on, and once the baby outgrows the pram-style attachment, a pushchair seat can be swapped in when preferable.

WHAT IS A STROLLER?

Strollers (or buggies) are generally forward facing, lightweight and take up much less space, used for toddlers and onwards.

SO TO HELP YOU CHOOSE THE RIGHT ONE FOR YOU, WE’VE DEVISED THE FOLLOWING TABLE: 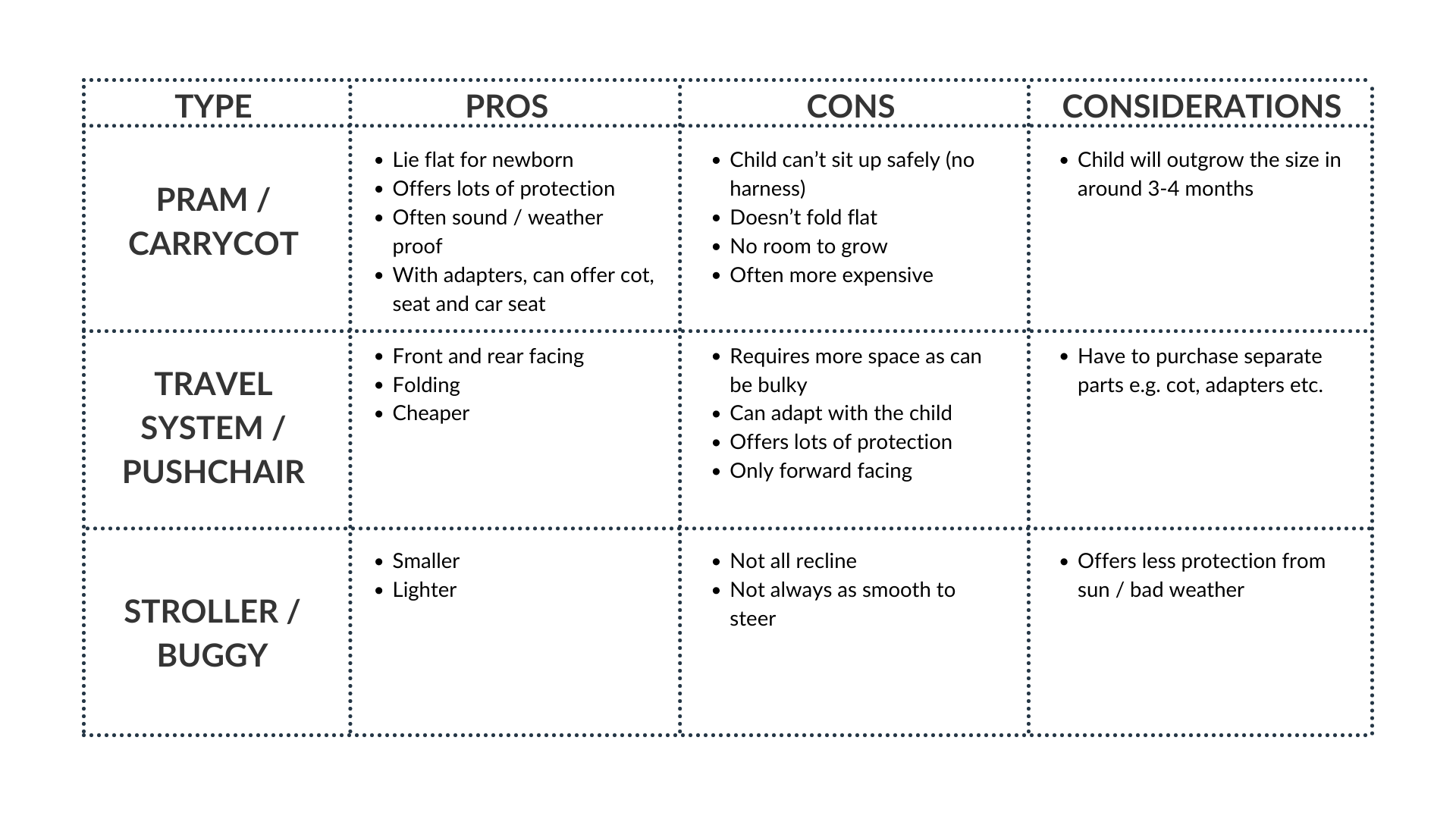 Read more about our range and be one of the first to get your hands on the latest self-folding pushchairs.