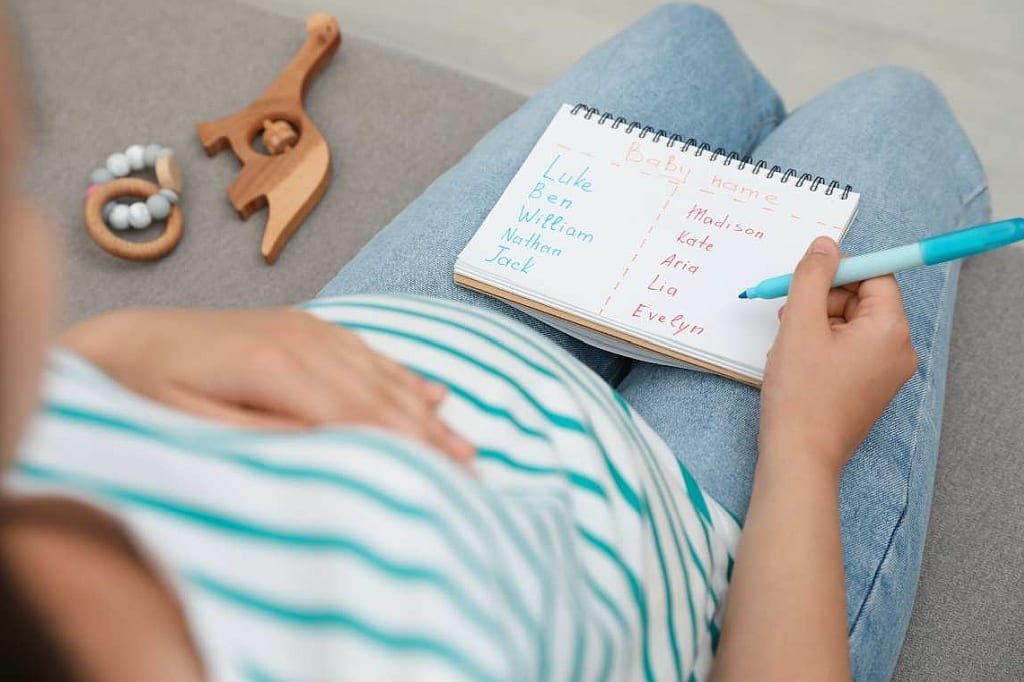 ALL BABIES ARE SPECIAL, BUT SOME HAVE NAMES WITH SPECIAL MEANING

As we approach the end of the year, those clever people at the Office for National Statistics (ONS), release a list of the most popular baby names for the previous year.

In 2019, Olivia took the top spot for girls for a fourth year in a row, with Oliver remaining a favourite for boys for the last seven years.

When it comes to naming baby however, not all parents go for popularity. Some parents choose their baby’s name for another reason.

It might be that you are particularly interested in names and meanings. There’s also a definite trend towards gender neutral names. And of course, some families like to buck the trend completely, choosing uncommon names, picking something more unique for little one.

Whatever it is, choosing a baby’s name is one of the most significant first steps in your role as a parent..

Often, expectant parents have already formed an idea of who their children are before they have even arrived.

The good news is that pregnancy gives you plenty of time to really think about the meanings of names.

For some parents, this is a dealbreaker. If a name isn’t desirable, it’s not even a contender.

For example, no matter how much you like the name ‘Lola’, it means “sorrows”, which may not be the start you are hoping for!

Baby names linked to a family tree too are often chosen due to the significance, regardless of their connotations. In fact, Joaquin Phoenix named his new baby in memory of his famous brother, ‘River’.

If name meanings are important when it comes to naming baby though, it’s worth putting the time in to research it. It’ll likely be the question people ask right after they’ve asked the birth weight.

Along with clothing and toys, gender neutral names are hot right now. It’s simply a baby name that is unisex, meaning that it’s neither for a boy or a girl.

These baby names may be chosen because you don’t want to decide the child’s identity before they have had the chance to do so for themself. You may not want a child’s future may be dictated to by gender stereotyping. Or perhaps you like the idea of a gender fluid or non-binary name, allowing the child to make their own choice as they grow up.

Some gender neutral names are traditionally surnames that parents are using as first names, such as Addison or Dawson. Others are simply choices that can be used for either sex, like Alex or Blake.

Whatever the reason, more families are trending toward using gender neutral names, so it’s now a pretty commonplace choice.

With some of the more popular choices, it’s typical for children to be known by their surname too, to help distinguish one from another. For example, a class might include Oliver A, Oliver B and Oliver C, to help the teacher address the right person.

When going down the unique route however, it is important to remember that a child will carry that name for a lot longer than a passing trend will.

Unique boy names such as Storm or Flash might be cool now, but equally may sound ridiculous when a trend has moved on.

Similarly, unique girl names like Apple or Arrow could help an individual to stand out from the crowd, but may equally hold them back later in life.

It’s worth considering these factors when choosing a unique baby name and perhaps including a more traditional middle name as an alternative in case they don’t just like it.

Most importantly, choose something you love. You will use it more than anyone else. Don’t be swayed by others. Maybe have a few names in mind on a shortlist and then wait until you meet your little bundle of joy until you make a final decision!